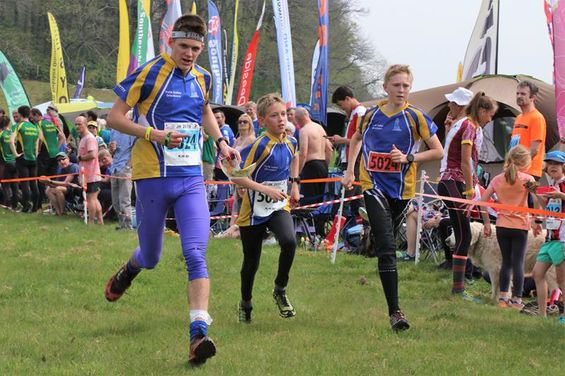 FVO Flyers were 2nd on Mens Elite, 56 seconds behind winners AIRE. Chris Smithard, Mark Nixon and Graham Gristwood were tight to the front of the race throughout, and benefiited from an EUOC mid-race mispunch to finish in 107.16.

FVO Flying Juniors (Jamie Goddard, James Hammond and Pete Molloy) turned in another fine performance to claim Silver in the Under 18 boys race, in a time of 83.57.

In M40, FVO Flying Vets (Roger Goddard, Jason Inman and Will Hensman) tucked in early behind SYO, and maintained a good pace to take the silver medal (106.42).

Meanwhile, the Ultravet team of Dave Coustick, Lindsey Hensman and Geoffrey Hensman battled hard in M/W70+, and was only pushed into silver medal position in the closing stages of the race. (118.00)