Peter and James - best of British 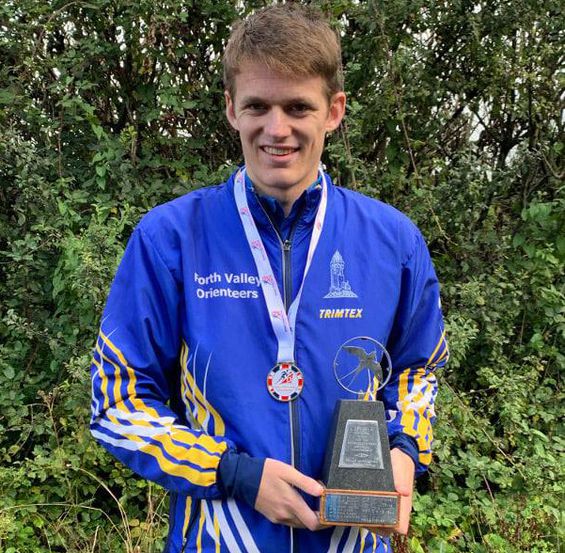 FVO's James Hammond and Peter Molloy were crowned British champions as the final major event of the year was held on the sand dues of North Devon.

The delayed championship, originally scheduled for May 2020, brought together the best athletes in the UK, and James was 6 1/2 minutes clear of the field in the M16 race, as he completed a full set of championship medals, the first time this has been done in one season by an Under 16 athlete. It's all the more remarkable in that this was James' first season in the class, and he has an opportunity to repeat the feat next year.

Peter's winning margin in M20E was less pronounced, but no less valid, as he claimed top spot for the 3rd time in the championships (61.54), running on the latter stages to overcome principal rival Matthew Gooch (MAROC), and add the Under 20 crown to those won earlier at Under 16 and Under 12 levels.

Also in podium positions were perennial championship contenders Roger Goddard (M45L - 71.12) and Vicky Thornton (W60L - 61.12). who both won silver, while Steve Feltbower got up in M40L (73.07) for his second championship bronze of the year. Outside the championships classes, Jennifer Leonard won W50S in 57.52, while there were championship-best performances from both Marcus Pinker and Paul Hammond in M45L.

The following day, the FVO athletes guested in an English League race at Braunton Burrows, which counted for points in the UK Club League, and there was more success for the local contingent, as Peter Molloy enjoyed a second win of the weekend, coming home in M20 in 33.38, 31 seconds ahead of the pack, while Will Hensman won the M40 race in 29.28, by a similar margin.

James Hammond was defeated for the first time this season, as he was 25 seconds down on MAROC's Adam Barrie (28.37), having given his all the previous day, but continues to lead the classification. Ben Stansfield was 2nd in M50 (40.24), and Marcus Pinker stepped up for bronze in M45 (41.17).

The results keep FVO in third place overall in the UK Clubs League, but with the remaining races in England, the chasing pack will be looking to close up before year-end.