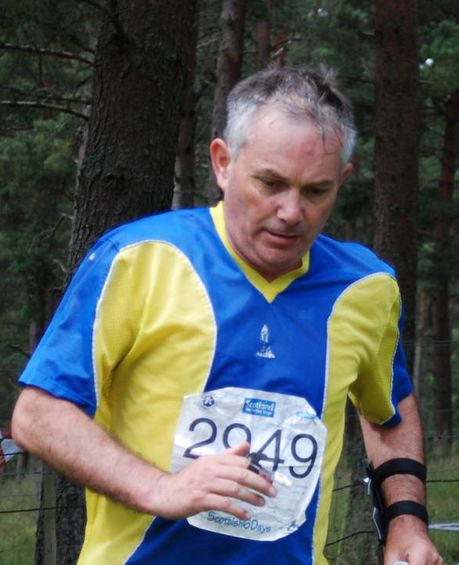 Trevor Hoey was returned as President for a fourth consecutive term at the Forth Valley Orienteers Annual General Meeting in Cambusbarron, as the standing committee was returned for election unopposed. However, a number of key members, including President Hoey, treasurer Dawn Goddard, and Permissions & Safeguarding Officer Hazel Dean, have indicated this will be their final period of office, and intend to stand down at the next AGM.

The full Executive Committee for 2019 is as follows;

Ordinary Members - Hazel Dean, Ben Stansfield, Sarah Tullie and Andy Llewellyn. The committee will fill the vacant post of Vice President from among the elected Ordinary members at its first meeting.

President Hoey delivered a full account of the club's activities in 2018 to a packed AGM.

Each year the President’s report contains a long list of achievements by the club and by individuals, and this year is no different. We continue to be extremely active, putting on ever more events across our region and aimed at beginners through to top-level competitors. Alongside our own development, FVO is helping the Stirling University club to re-establish itself and we have some exciting ideas for the next two years.

As every year, 2018 was a successful year for the club. In club competitions, we retained our Scottish Inter-club title, awarded on the basis of results at the Scottish Individual Championships. A second consecutive 2nd place in the CompassSport Cup was a notable achievement and we made South Yorkshire work hard for their win. The juniors came 4th in the Jamie Stevenson Trophy.

At the major relays across the UK, FVO was once again prominent and we took 1st place in the Men’s UK Relay League, and 2nd place in the Women’s. The outstanding relay results were:

Many others achieved top 3 places in major races in the UK and beyond, and a lot of people delivered performances that exceeded expectations throughout the year. Several club members ran in Home Internationals, Junior Inter-Regional and Junior Inter-Area competitions. Chris Smithard and Grace Molloy won UK Elite League titles.

In a very strong year, the FVO Athlete of the Year for 2018 was awarded at the Dinner Dance to Kris Jones in recognition of his first major international medal and strong performances in international and domestic races, supplemented by running for Wales and GBR in road and cross-country races during the year.

Thanks once again to Lindsey Hensman for co-ordinating trophy engraving.

FVO put on more events than any other club in Scotland in 2018, and we have had a full programme of events throughout the year. A huge amount of work goes into this, and thanks to everyone who has helped plan, organise and control events in 2018. Particular thanks to Matty Smith, Jen Leonard, Mark Johnston and their helpers for organising the CompassSport Cup heat at Beecraigs in the snow last March. We also organised a South of Scotland League (SoSOL) race in December, thanks to Jason and Brad in particular, and had a large turnout at our club championships in November organised by Jan and Gareth.

Club members also organise various running races, park runs and after-school athletics, all of which contribute to people knowing about orienteering and, in some cases, trying the sport.

Membership numbers continue to grow, and we are particularly pleased to have so may new junior members of the club. Not everyone who comes along will become a long-term member, but we want as many people as possible to try the sport and to enjoy their time with us, however long or short that is. The membership is varied, and we have arranged activities, training and events aimed at all types of members. Having a part-time Development Officer, Chris Smithard, has enabled the club to put on many more events and to give people the chance to follow-up after they try orienteering for the first time.

Investing in the future

The Treasurer’s report shows that we continue to be sustainable, but that the club has reduced our bank balance in 2018 by investing in maps, equipment and club development. Plans for 2019 and beyond include: Organising several series of events during the year, including: (i) Beginners series around particular locations; (ii) Wednesday evening spring/early summer; (iii) Sprint series in summer; (iv) Night events in winter.

There is the opportunity to go orienteering with FVO every 2 weeks or less throughout the year.

March weekend, with the 1st Scottish Middle Distance Championships at Birnam, and then a Scottish League Race on Dumyat on the following day. Thanks to Jason, Andy, Steve and others for planning and organising. These events are also being used for the British Universities and Colleges Championships, so we are supporting development of the sport through this weekend.

Scottish 6 Days: as the lead club, FVO have provided a lot of the people needed to make this event run smoothly. It is a great chance for everyone to come and run at least one day of a major event. Some of the new terrain is excellent. We will need some assistance during the week and before, so watch out for messages about this. SoSOL: we will run a larger event in late 2019. Details to follow.

FVO have offered to host Euromeeting 2020, as a test run for systems for the World Championships in Edinburgh in 2022. We await confirmation that this will happen and of the dates, but likely to be September 2020 with sprint and urban events in Stirling, and possibly one forest event. This will be a large undertaking, but also a great opportunity to promote orienteering and to attract more people to the club.

We are hosting the Harvester relays, June 2020, based in SW Scotland on an area used by SOLWAY.

Supporting members through training and coaching, particularly juniors but also with activities aimed at everyone. We are continuing to improve our permanent courses to allow training at any time. Supporting orienteering: many of our members do a lot of work for the sport – we have event controllers, volunteers with the SOA, 6 Days and BOF, event timing experts, coaches and others. We need more volunteers to help with smaller FVO events, and are committed to providing training, guidance and support to anyone who wishes to get involved.

As has been said many times, a lot of people contribute to FVO’s successes, both as athletes and volunteers. The committee has undertaken a lot of work to try to grow the club in a sustainable way, and the range of activities that FVO puts on is very impressive. Several people have served on the committee for 5 or more years, and we are keen to arrange some turnover of members during 2019. We have another busy year ahead, and good luck to everyone involved at whatever level. Once again, we expect club members to be selected for international competition and have groups going to events across Europe over the summer. With the 6-Days in our backyard, we will also be entertaining orienteers from all parts of the world this summer