Back to the Forest at last 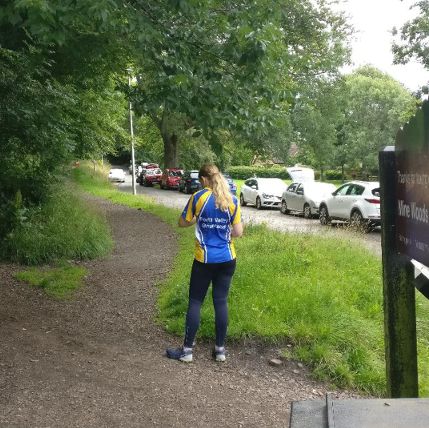 Back to the Forest at last

Forth Valley Orienteers has been leading the way out of lockdown and back into competitive orienteering, with three events in August amongst the first to take place in the UK.

Under normal circumstances, we would be having one or two events a week right through the year, but Covid restrictions meant that we had a hiatus from mid-March, with no events taking place. We'd also never had an event in August before, as the vegetation in most of our good areas is too thick to allow a decent standard of courses, so it was a challenge to find areas that we could use and were usable.

Our Permissions Officer, Sarah, worked her socks off through July to get in touch with all our landowners, and find out what their reaction would be to us having an event. Many were understandable reticent to allow us onto their land, but a letter from SportScotland to the effect that they endorsed our activities, provided we had safety measures in place, went a long way to alleviating these concerns. We are also fortunate in Scotland to have the Land Reform Act, which establishes a legal right to be on land, provided this is done in a responsible manner.

Events were staged at Minewoods, Abbey Craig and Polmaise, and it's a big thanks to the landowners for allowing us to use their terrain. We used online entry using an app written by one of our young members, with people choosing start times when entering. There was scope for anyone who had been shielding to request a start time well away from anyone else, although no-one took us up on this. A printed start list was at the event, and we ticked people off when they left and returned, for safety purposes.

We had two officials manning the event, the planner/organiser, and one of our experienced controllers as safety/covid officer. They did everything, including control collecting, and this avoided anyone else touching any of the event equipment. Handling maps and getting them out of boxes is one area where multiple people are touching, and the organiser put one map under each box as soon as one was picked up, so only the organiser and competitor were touching each map. The organiser sanitised his hands regularly to prevent cross-infection. Although SIAir was enabled, the start and finish units have manual punching, rather than air, so these were cleaned with the sanitiser when they were brought in, as were the clear and check units.

The forests we used are quite small, and we had a common butterfly loop control at the first two events; this worked fine, although we ensured that the common control on a loop is not shared with any other courses. Some controls were on paths and we noticed some members of the public stopping to look at them, and even touching them. In future we will put a notice on to say 'Covid-19 safety: Please do not touch'.

Everyone was very careful about staying 2m apart, and family groups moved away while waiting to start; there were still plenty of conversations going on, but all at safe distances; As most people were wearing club tops it was obvious that the event was organised, and also who we were; so, emphasising the importance of being seen to follow good practice was especially important. The weather was nice so everything was outside - if we had been operating from cars, then we might have needed gloves and masks. The assembly area for the second event, at Abbey Craig, was on a public path, so the organiser made a point of wearing a mask and being seen to sanitise his hands. None of the public using the path were masked, but it's important I think to be seen to be setting a good example.

No race splits or times were available at the finish, but we used the splits printer to keep a copy of results for ourselves, as a back-up in case the download unit failed. No-one asked for a copy, but we could let them take a picture if someone was desperate for splits at the event. Results were online within two hours of the last finisher. We offered a pre-event Zoom for beginners, but no-one took this up; a few (all veterans; mostly on Green) people attended a post-event Zoom social and discussed their routes, so this was worth doing.

It could be some time yet before we're able to have anything above local events, and we know we're missing a lot of interested people who aren't club members, for example in 2019, around 45% of those who came to one of our local events weren't a club member, but hopefully, given time and a gradual relaxation of the eligibility rules, we'll be able to attract them back in.